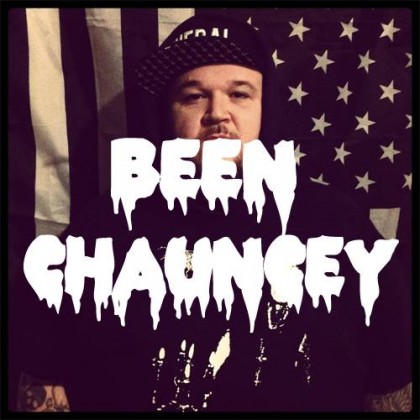 We got together with ChaunceyCC, resident DJ at SF's 120Minutes, to grab a little insight into one of our favorite artists and peeps all around, and get his take on what's goin' on with 120 in SF as well as his opinions on art/music/fashion culture~

EM: First Question, who is your daddy and what does he do?
(ITS NOT A TUMA https:www.youtube.com/watch?v=7XyfYc0bfB4​)

CCC​: Haha, I've actually never seen that movie. Lame, right? I did see The Running Man in theatres tho. My grandmother brought me to see it.

EM: Ok ok, seriously though, to start things off, how are you, sir? What have you been up to? What does the world need to know about ~CHAUNCEY~?

CCC: I'm chillin'. I've just been workin' on music, DJ, and design stuff. Doin' some projects with friends, etc. I have a mix bein' played at the upcoming Hood By Air art installations in Japan and France. I stay busy on the music front. Other than that I pretty much just hang out with my GF and dog, DJ some cool shows and try to avoid people.

EM: Describe your whole steez in 3 words (myself for example: 'Indoor Sports Fan' or maybe 'I love pizza' LOL)

CCC: Paid In Full… Like the Eric B and Rakim record… or like the movie starring Cam'Ron. Haha.

EM: What have you been listening to? (I know we are both pretty down on that Shlomo Jerimih comp, what else is good lately?)

CCC: You already KNOW I love that Shlomo and Jerimih record. So good. Other than that, "Honest" by Future has been gettin' a lot of play since it dropped. "Black Silk" by Lil Spook. Lots of Eric Dingus production. New Antwon. Little bit of Young Thug. Migos. "Trap House 4" by Gucci Mane is pretty rad. Really been lovin' Travi$ Scott lately too. Idk. I listen to too much stuff. I could ramble on forever… If I were to answer this question in 20 minutes, I'd probably give a totally different answer.

EM: What music did you grow up listening to? Were you a metal kid? I think you were a metal kid. I was a metal kid lol. Do you think your "early dayz/teen music" influenced who you are today?

CCC: Yes! I was totally a little metal head growing up. I was down with everything tho. I grew up with MTV when it was still a music network. I was a little music sponge. Headbangers Ball, yo! MTV Raps, 120Minutes, Etc. But yea, I always loved metal. Still do. The 1st show I even went to in life was when I was like 8 years old and my uncle took me to see Metallica and Ozzy. I got to see Slayer for my 11th birthday too. Talk about terrible parenting. Haha. As far as how it influenced what I do today, no idea… I hate going to Church. Guess you could probably credit that to Heavy Metal. Lol

CCC: I absolutely 1000% believe in Lil B, and more importantly, he believes in me! Haha. Seriously tho. I love The Basedgod. I've produced a few tracks for him. And yes, KD deserves the curse. When you diss the Basedgod, you diss yourself. Simple as that

EM: 'His' light shines down on us all… Favorite movie with Bruce Willis in it?

CCC: I actually prefer him as a musician ~ LOL

EM: Lolllll I'm DYING HARD over here, get it? Ok down to the nitty gritty. 120min has had tons of amazing acts and cool shit going on, and that's how I met you as well <3, how long have you been on the team, and what other projects do you have goin' on?

CCC: I've been doin' 120 Minutes thing for like 2 or 3 years now. That party is actually Marco De La Vega's brainchild. Basically how I got involved was when Cold Cave played it a few years back. Wes from Cold Cave is one of my best friends and was nice enough to let me get a DJ set on the show. Marco liked my steeze and I've been a part ever since, which is totally cool because it was my favorite party to attend in SF before I was a part of it.

EM: How do you feel 120 influences SF/Bay Area culture? What would you say the Ultimate Goal of 120 is?

​CCC: The goal with 120 Minutes is just to do cool shit that other nights and promoters aren't doin' here. Sure, We might not be sellin' out massive places like 1015 or Regency with our events, But there's more to it than that for us. We're tryin' to create some sustainable UNDERGROUND subculture in San Francisco. If 10 people show up, Cool. If 1,000 people show up, Even better. But we do it on our terms regardless, And with acts that we like, Believe in and respect. A lot of these promoters in S.F. are way too content beating a dead horse and recycled shitty lineups. We're not on that bullshit at 120 Minutes. We bring NONCONVENTIONAL new and upcoming acts to this city. Always have. Always will.

EM: You have been a pretty positive supporter of the SF club/party/music/120 scene, how do you feel about SF right now, what 'level' is the bay music scene at? It seems like 5-10 years ago SF was a hub for a ton of wacky artists that were getting a lot of spotlight, do you think that has changed? If so, how? Is this a good or bad thing?

CCC: I have? Lol. Honestly, I don't care much for San Francisco's current state of nightlife or the people who inhabit it. Too much riff raff. Too many promoters content with re-hashing things, Too many people content with letting the same shit happen here all the time, Too many dance squads, Just too many background motherfuckers not content with bein' in the background, Everyone thinks they're important. Other than Lights Down Low and 120, I'm not really fuckin' with anyone from S.F.'s wave. Ain't nobody in S.F. other than my squad is really doin' shit that gets me excited. If I'm not gettin' money to be there, Or a homie isn't on the bill, I'm not gonna be there. Dead up. Got no time for tired shit that S.F. nightlife entertains.

EM: Well stated, if you could make a change to the Bay Area scene somehow, what would you change? Is there something people need more of? Less of?

CCC: I wouldn't change anything. We do our damn thing out here regardless of the rest of the fuckery in this city. We've seen nights, people, promoters and ENTIRE scenes come and go in this city, And we're still here. We maintain. On that real shit.

EM: Rep, if you don't mind me asking, how do you support yourself outside of 120/performances/etc? Do you have a day job? Are you down or over it? If so, is the mix of professions worth it or just a symbol of how pricey shit is as well as analogy for 'the artist's struggle'? Is this the new standard for the 'modern artist'?

CCC: No. No day job over here. Art, Music, Design, Etc is pretty much my only income. No I've been doin' some work with Donda (Kanye West, Been Trill, Etc) as of late too. Def not a lifestyle for everyone, But i'm doin' aight. If you have no hustle, I wouldn't suggest goin' this route.

CCC: Twitter is good. If anyone reading this can get me verified, that'd be tite. Lol.

EM: Hypothetical, you're going out to get your sexy on, what are u wearing 2nite bb?

EM: LOL. How would you describe your own personal style?

CCC: I gotta go with mutants. I used to be a headbanger and that's as close as you can get to bein' a mutant… Plus cyborgs… It's just like me, I already have a laptop. I'm good. Lol.

EM: Is there anything else you want to say to the people of the world wide web? – Thanks for your time CC